The original fortress at Sigmaringen was first mentioned in 1077 in the chronicles of the Petershausen monastery. The oldest parts of the original castle and fortress are hidden beneath the alterations and rebuilding that took place between the 17th and 19th century. The preserved remains of the original construction date back to around 1200, during the time of the Hohenstaufen dynasty. These include the castle gate, the main building and the keep. Key elements of the original structure were gradually integrated into subsequent buildings over the ages. The modern castle’s foundations to a large extent follow the outline of the surrounding wall of the original fortress.

Architectural artifacts give us a good idea of what the fortified castle was like in the 12th century. Designed with defense in mind, the original fortress featured tented and mono-pitched roofs, several towers and gates, round window openings and friezes that made the castle at Sigmaringen something of an architectural highlight in the Upper Danube Valley even back then. The 13th and 14th centuries appear to have left no palpable trace. It was not until the 15th century that the castle entered its next construction phase under the instruction of the then Count of Werdenberg, who was known for his love of building. The Count expanded the castle outwards on the north-eastern side. The only part that remains from this period however is the lintel above the entrance to the Swedish Tower, engraved with the year 1498. A couple of years later the castle was expanded westwards. Some years after this, the building entered its third construction period under Karl II, Count of Hohenzollern-Sigmaringen (1576 – 1606). In the years from 1627 to 1630, the castle underwent another substantial transformation under the guidance of architect and master builder, Hans Alberthal, renowned for his Renaissance works around Dillingen. These expansions played a major role in converting the former fortress and castle into a magnificent palace. Around 1650, Baroque architect Michael Beer combined under one roof the two separate buildings that had been constructed during Werdenberg’s ownership. The palace then remained largely untouched with only small-scale expansions and remodeling work during the 18th century. The Gallery of Ancestors was constructed as early as 1736, prior to a renovation in 1879. From 1860 to 1880, royal architect and first curator to the province of Hohenzollern, Josef Laur, introduced a Gothic Revival style (sometimes referred to as neo-Gothic). The castle then underwent a radical redesign after the great fire of 1893, which substantially damaged upper part of the castle. This project was undertaken primarily by Munich-based architect Emanuel von Siedl with assistance from fellow architect and state building official Johannes de Pay. The result was the beautiful castle you see today, with architectural elements grounded in historicism and eclecticism. The Portuguese Gallery, completed in 1902, marked the end of these renovations. It closes off the castle’s inner courtyard where it borders the town of Sigmaringen. 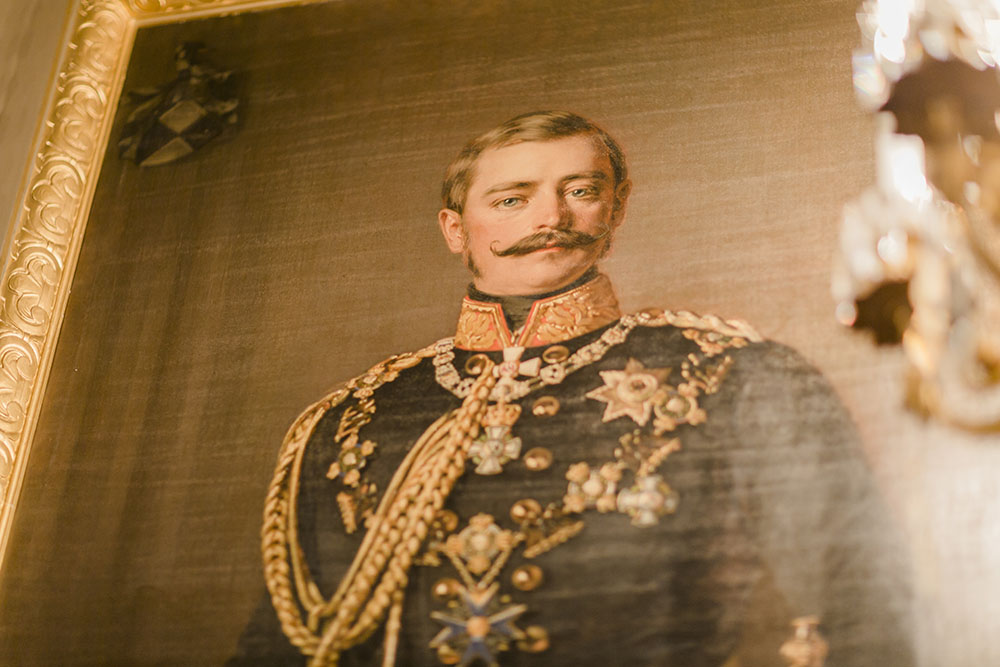