Renowned German writer Goethe once said: “Collectors are happy people!” If that is true, then Karl Anton, Prince of Hohenzollern (1811–1885), must have been a very happy man indeed. After all, he is the one to thank for Hohenzollern Palace’s impressive collection of arms and armory. With around 3,000 exhibits, it is one of the largest private collections of its kind in Europe. But collecting was more than just a hobby for the Prince, he was also a passionate historian. He acquired the first items in this collection of rare, valuable and in some cases quite unusual weaponry and armor in the mid-19th century. Some of these items were owned by the family at the time. The castle inventory makes reference to an armory as early as 1743. This comprised 43 weapons, including guns and swords. The armor and weapons were put on display in a space resembling a medieval royal armory.

The original features, including Gothic Revival rib vaults and wooden wall paneling, have been maintained to this day. The initial idea to give the space the feel of a medieval armory continued to guide designers during the refurbishment in 2017. Seventeen information points now bring the fascinating history of weaponry and armor from the 14th to 20th century to life. 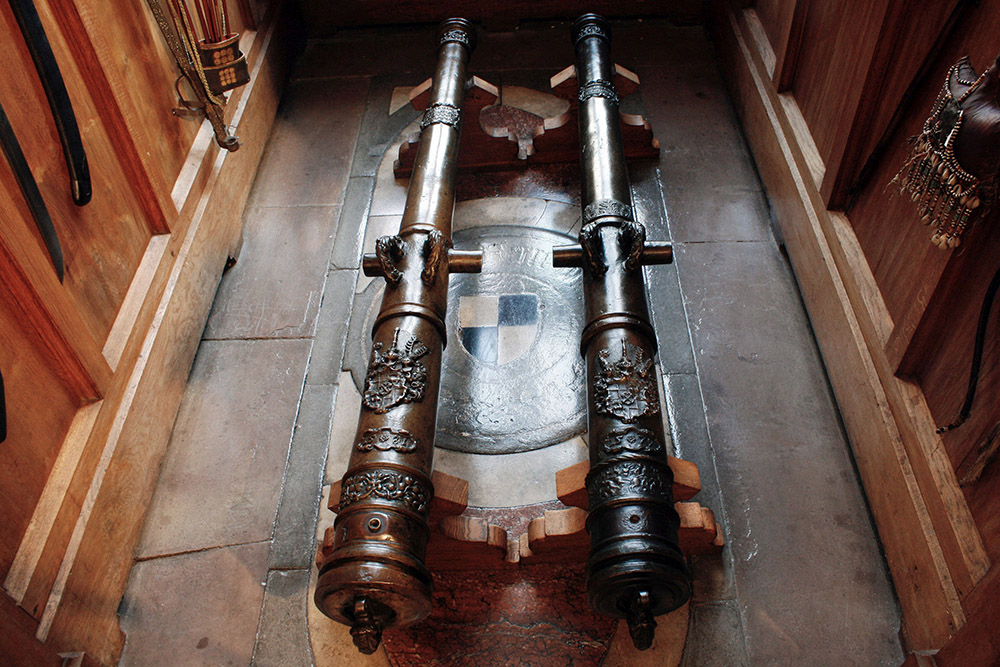